What about the heart?

Both of it are imaginary creatures.

[Then it’s time to solve it! The topic will be about dragon.]

Being rejected by the opposing correspondence for your mystery hand writing, here is what I would have answered.

What’s with the “Then”, now I can’t imagine anything at all.

I wonder if the current topic came out about [dragonball] and [dragon quests].

Or maybe, there is no context at all….?

The influence was the latter. I’m talking about your self-willed letter. You would probably abruptly skipped the topic from the economy to riddle in a calm manner.

Well, the course of events up till now weren’t important.

Here is the problem. It’s about your feeling on the letter.

“I unknowingly laughed at the persuasiveness of the riddle! But there are no beautiful girls with good personality!”

I was simply happy to receive an answer, but I absolutely could not accept the second half. As a matter of fact. As a matter of fact, it was silly and pretty serious at the same time. That’s why, betting on my identity,  I had to make a counterargument. Like a scholar who boldly recited the heliocentric theory while bearing the risk of persecution, I unfolded the contents of the letter as if it was the next pet theory.

There are no beautiful girls with a nice personality anywhere on Earth.

That is the truth that I derived within these nine short years.

I think there is a difference in opinion but I refuse to hear it.

Think about it, even if there a gorgeous girl would border me,

A low class guy like me, let alone a girl who is out of my league.

If that’s the case, the girl that I thinking of would be ill-natured with a healthy mind.

Therefore, I don’t want to hear any objections.

「Haha! (LOL) As expected from the no.1 loner! I’m going to announce it at the conference! 」

………Apparently it had been interpreted as a joke.

I wrote it with great seriousness though……..well, if she enjoyed it then it’s fine.

However, due to the gravitas I had to say again. This is not a joke and I’m being serious.

The evidence? During the entrance ceremony.

「Three years will pass in a flash. Please have a target and have a meaningful highschool life. 」

After receiving such a cliche greeting from the principal, I firmly took an oath.

That I will never get involve with a girl in highschool.

Well, I don’t have specifically have to take the trouble to make such a vow though.

There is no way that a pretty girl and I would come into contact…..

Life is something that it’s can’t be helped but being apt.

Then a few months later.

One day, with the mid term exams successfully struggling through in the second semester and the end of October approaching near,

In the classroom after school, I was confronted with the school’s prettiest girl.

Having said that, her cheeks reddened and she smiled sweetly.

That smile was cute enough to shock the universe.

The numerous exchanged of letters up till now were floating across my mind like an revolving lantern.

Where on Earth did I made a mistake in my choices……… 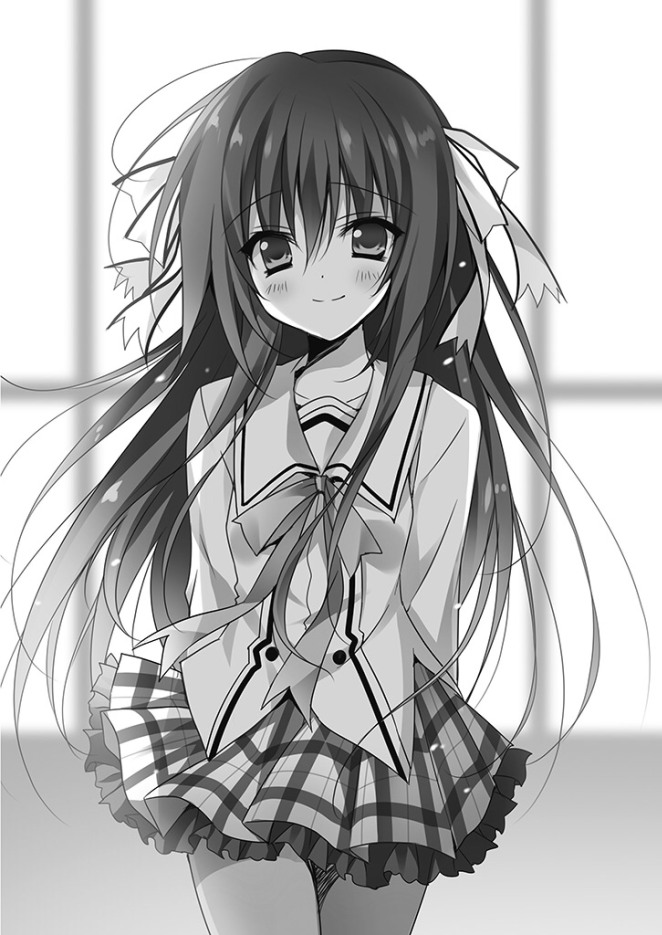